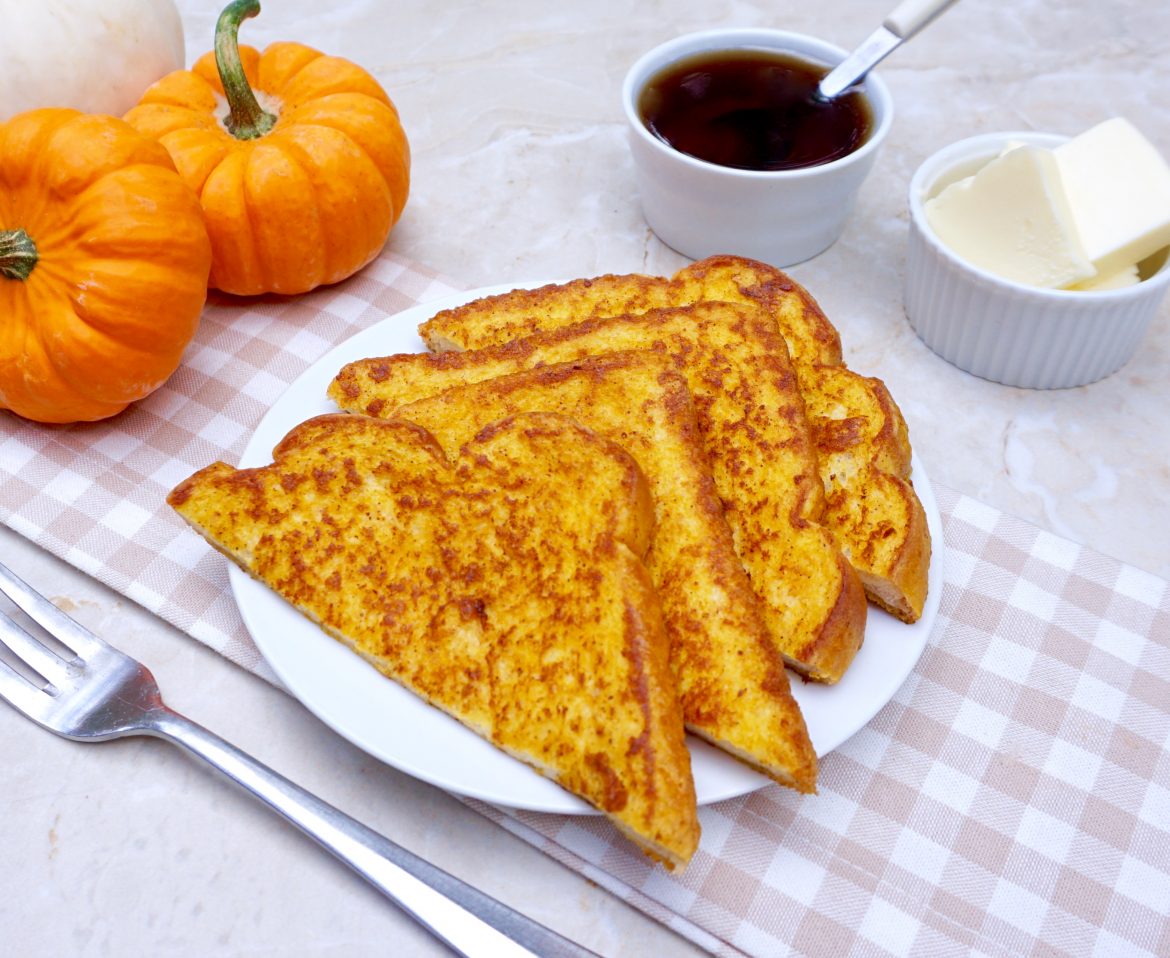 Pumpkin French Toast is a simple variation on the classic,which is wonderful for the fall. Pumpkin puree is mixed with eggs and milk, then flavored with cinnamon and vanilla extract. If you are a pumpkin fan, you will like this recipe.

French toast is an easy breakfast dish made with bread that is dipped and soaked in a milk mixture and then fried to a golden brown. Serve it with butter and maple syrup. It is easy, quick and delicious.

Pumpkin French Toast would be a great breakfast treat for Halloween and Thanksgiving.

If you would like another seasonal recipe for the holidays that is put together the night before check out Overnight Apple Cinnamon French Toast.

Beat the eggs in a pie plate and add the milk, pumpkin, cinnamon and vanilla. Combine well.

Pick a slice of bread up with a fork. Dip one side of the bread into the egg mixture. Turn the bread to the other side and  dip that side as well. Make sure bread becomes moistened. 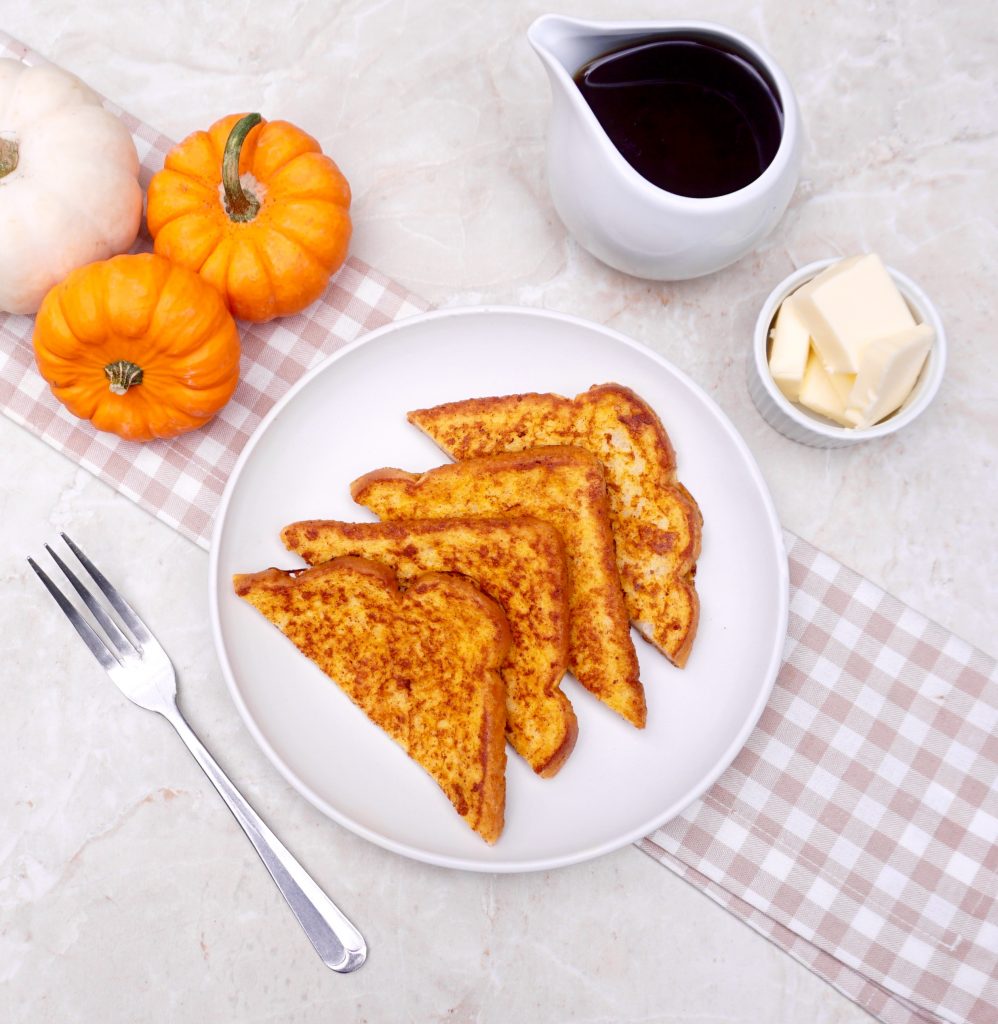 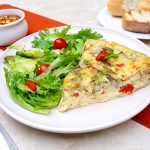