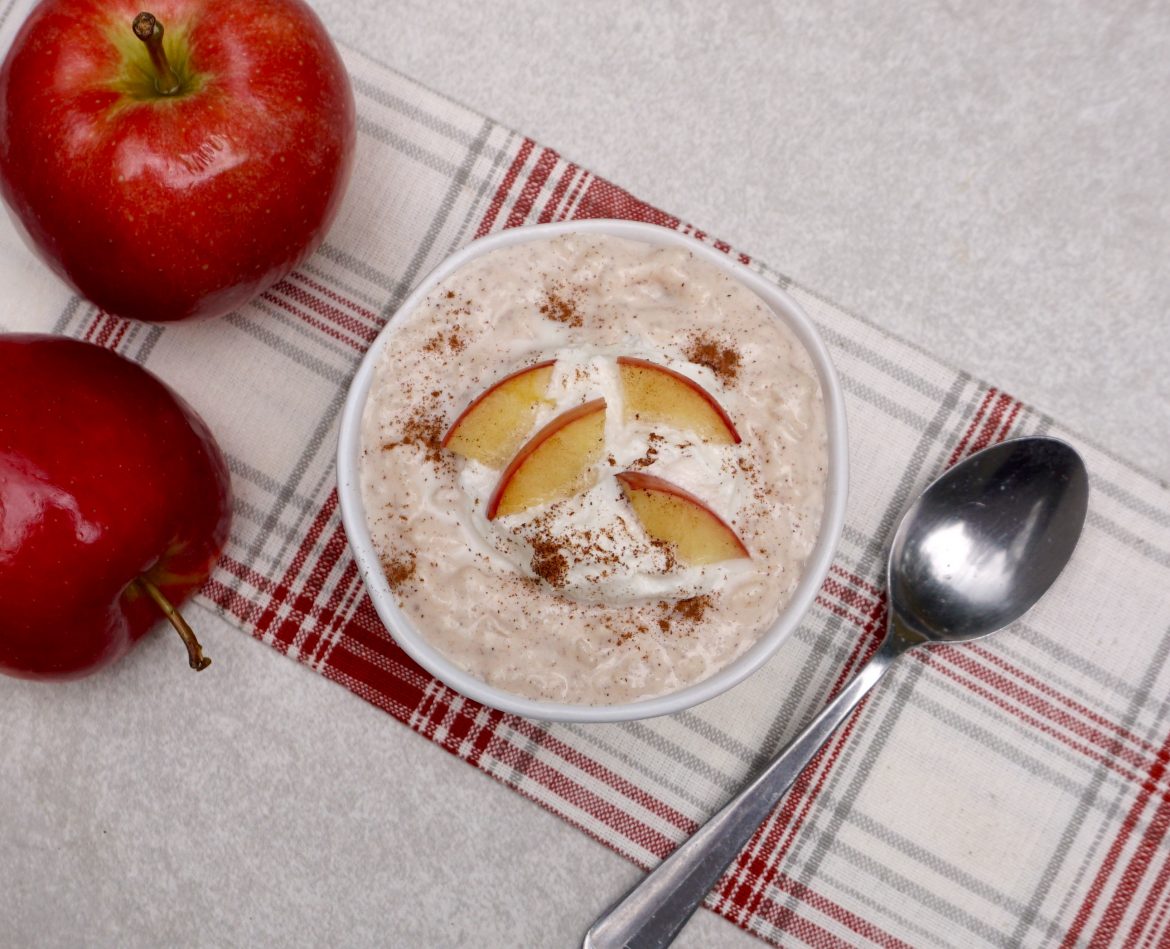 Slow Cooker Apple Cinnamon Rice Pudding is a great way to create a seasonal, comforting dessert with very little effort. That’s the great thing about slow cookers. You add your ingredients and walk away.

The prep work for this recipe is easy too! Most of the ingredients come straight from the pantry or fridge.

Rice pudding is a creamy, sweetened rice dessert that can be eaten warm or chilled. The addition of the apples and cinnamon make this version one that will fill your kitchen with wonderful scents during the cooking process. 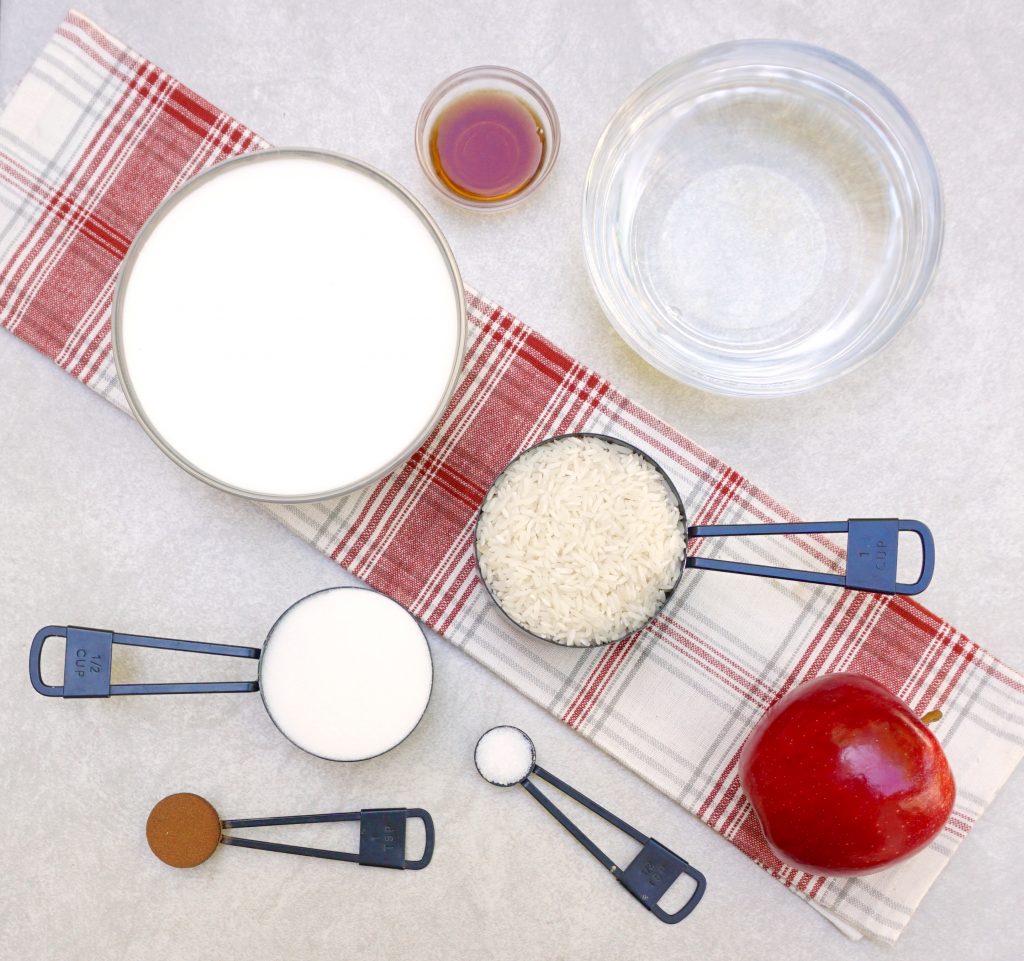 In a large saucepan, combine the water, half and half, sugar and salt and bring just to the boiling point over medium heat.

Set the slow cooker to high. Cook for 3 hours or slightly more. The best way to see if it is ready is to taste it so you can tell if the rice is cooked and softened.

Stir in the vanilla and cinnamon.

Let the pudding rest, uncovered for 20 minutes until it is fully set.

You can serve this warm or chilled. 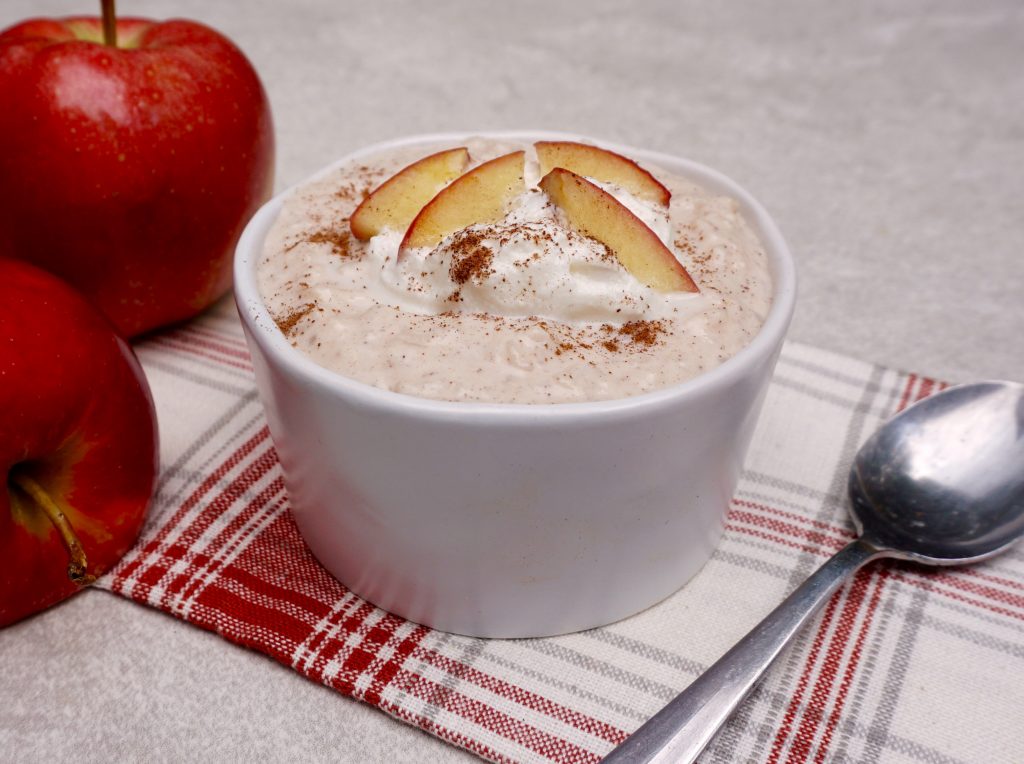 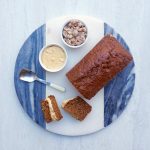 Chrissy it is 1/2 cup. I have updated the recipe. Thanks for letting me know.