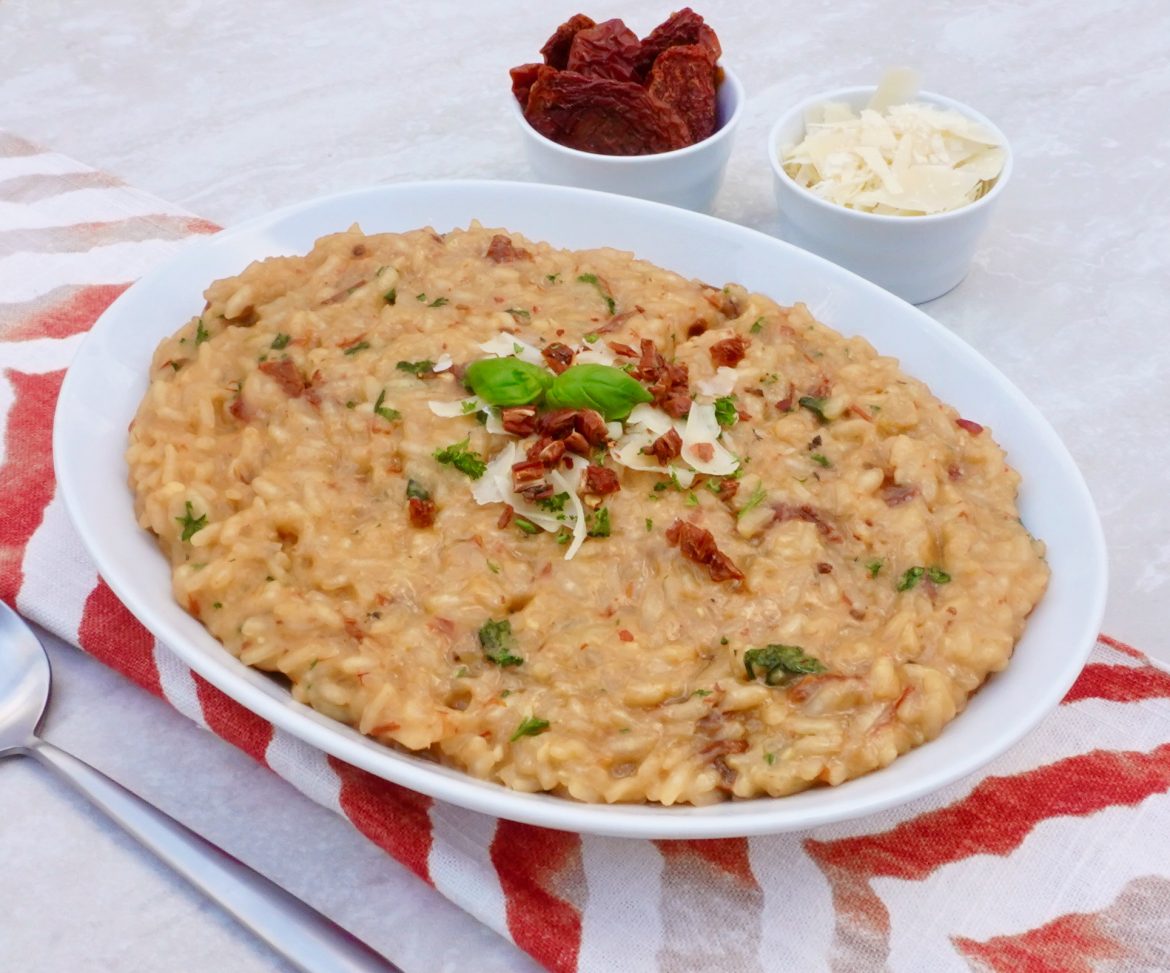 Risotto is not really hard to make. It does require almost constant attention during the cooking process so you need to make a commitment. Sun Dried Tomato Risotto is a creamy, filling and flavorful dish. It would make a nice side dish but is hearty enough to be eaten as a meal.

The two most important things about risotto are the right type of rice and the stirring. You need to buy Arborio to make this recipe. This is an Italian short grain rice with rounded grains. As it cooks with the broth, it will slowly release its  starch and become creamy. The rounded grains will stay firm and chewy.

This risotto will take about 20 minutes of stirring. Warm broth is added ½ cup at a time to the rice and stirred until the broth has been absorbed. The process keeps repeating until all of the broth has been stirred in. You will need to watch this and stir almost constantly to avoid the rice sticking and keep the broth mixing in.

Risotto can also be made with rice shaped pasta. Check out Orzo Risotto if you would like to try that. If you are looking for a special meal check out Roasted Shrimp Risotto. Arancini is a ball made with risotto that is stuffed with cheese, then breaded and fried. 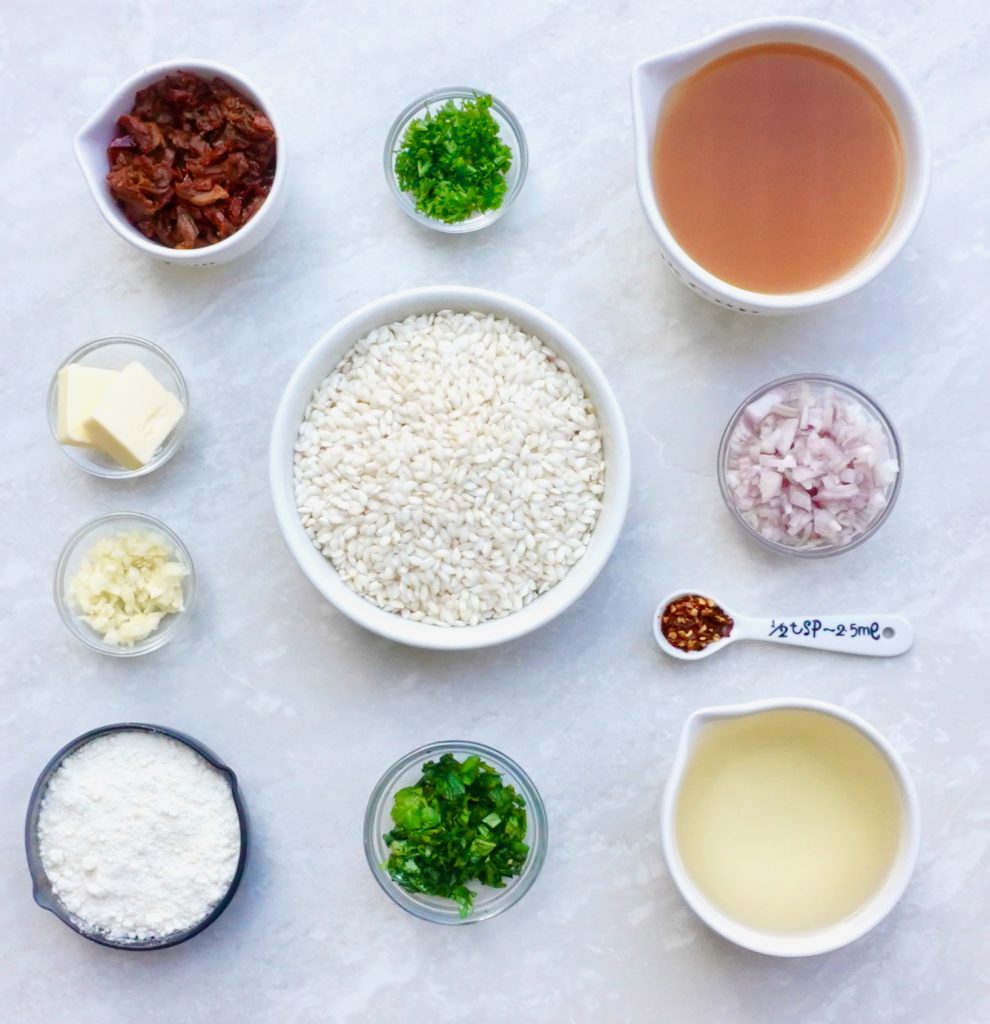 Heat the broth in a large saucepan over high heat until it reaches the boiling point. Turn the heat to the low setting to keep the broth warm. You will need to keep it warm until it has all been stirred into the rice.

Add the sun dried tomatoes, rice and crushed red pepper to the pan and stir it so that all of the grains become coated with butter. Let it cook for 1 minute.

It is going to take just about 20 minutes for the broth to be absorbed and the risotto to be finished.

Once the risotto has absorbed most or all of the broth and is ready to serve, stir in the parmesan cheese, basil and parsley. 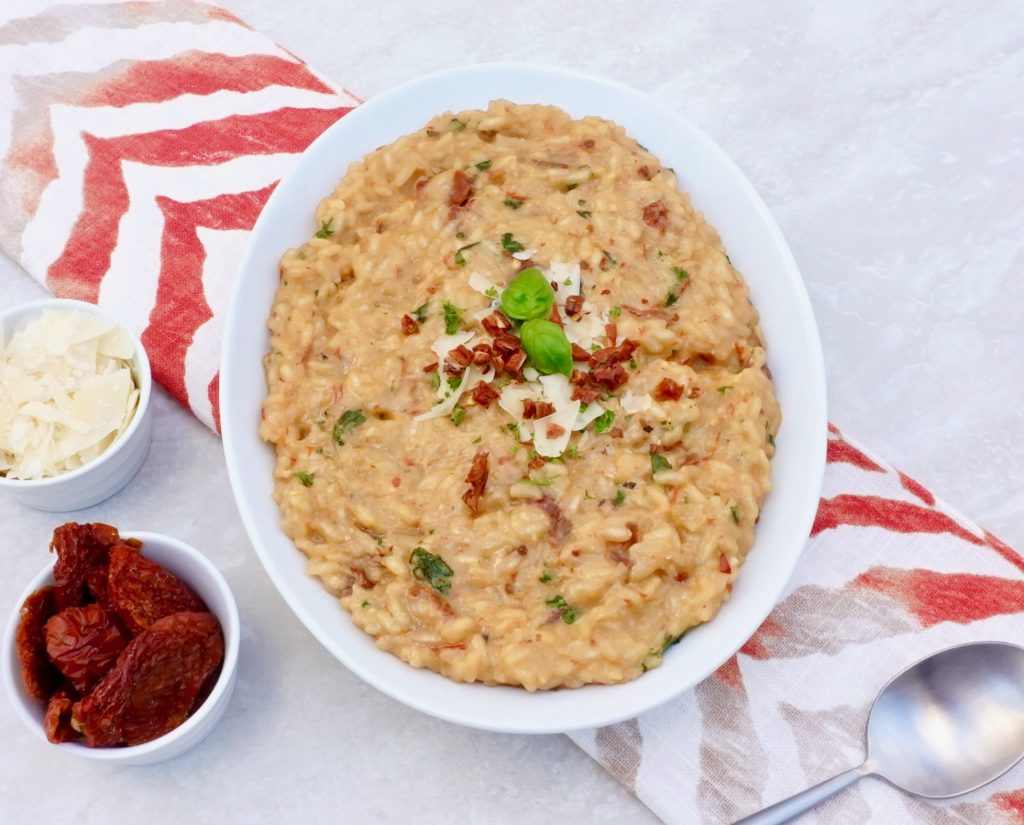 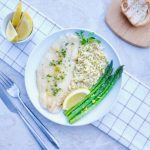 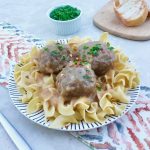 I’ve been using sun dried tomatoes a lot lately, there is something about them that I love 🙂 My wife enjoys to eat risotto and she loves the dried tomatoes too, so thanks for sharing this recipe, now I have something to try over the weekend 🙂